The Golden Age of Song

“I would be delighted to come and share my enthusiasm with you. I arrive with the words, music, slides and video clips – plus occasional demonstrations on the piano if there is one available. I look forward to meeting you…”  Pip Burley

Lecture 1 – JEROME KERN –THE ‘DADDY’ OF THEM ALL

Kern was born of middle-class parents in New York in 1885 and, in a career spanning more than four decades, composed more than 700 songs used in over 100 stage works, musicals and films. He was one of the great, if not the greatest, innovators of American popular song and the ‘father’ of a whole family of songwriters who would follow him.

Songs featured include: “A Fine Romance”, “The Folks Who Live on the Hill”, “I Won’t Dance”, “Long Ago and Far Away”, “ All the Things You Are”, “The Way You Look Tonight”, “They Didn’t Believe Me” 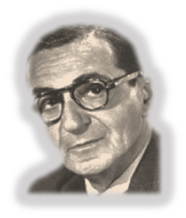 Israel Beilin (later to become Irving Berlin) was born in Russia in abject poverty three years later than Kern, in 1888.  He arrived in America in 1893, at the age of five speaking no English.  Berlin became a huge American patriot and by the time he died at the age of 101 he had written thousands of beautiful, often witty, songs, inspiring the much younger George Gershwin to describe him as ‘the greatest songwriter who ever lived’.

Cole Albert Porter was born in Peru, Indiana, in 1891, the only child of a wealthy family.  A graduate of Yale and the Schola Cantorum in Paris, he inherited two fortunes and made another. A workaholic, severely disabled following a riding accident in later life, Porter left a legacy of more than 800 songs including the score of the musical “Kiss Me Kate”.  Writing both words and music, Porter had a sophisticated style often compared to his great friend Noel Coward

George Gershwin was born on September 26, 1898, in Brooklyn, New York, the second child of Russian-Jewish immigrants.  He is universally acknowledged as one of the most significant composers of the 20th century, not only for his work for stage and screen, often with lyrics by his brother Ira, but also for his masterful classical compositions, including the opera “Porgy and Bess”.  He died tragically at the age of 38.

Songs featured include: “Rhapsody in Blue”, “Summertime”, “A Foggy Day in London Town”, “I Got Rhythm”, “The Man I Love”, “Embraceable You”, “Bess You is My Woman Now”. “They Can’t Take That Away from Me”, “Someone to Watch Over Me”

Richard Rodgers (b 1902) was a pioneer in crafting what became the quintessential American musical, integrating seamless storytelling from speech to song.  Working with two lyricists, Lorenz Hart and Oscar Hammerstein, he is credited with writing more than 1,000 songs, an estimated 85 of which are considered standards. To date, nineteen film versions of his musicals have been made. As one critic put it, “Probably not a day goes by without a show of his being performed somewhere in the world.”

Songs featured include: “I Left My Heart in San Francisco”, “My Funny Valentine”, “Blue Moon”, “The Lady is a Tramp”, “The Sound of Music”, “Oklahoma”, “Some Enchanted Evening”, “You’ll Never Walk Alone”, “Do I Love You” “Hello Young Lovers”

Hoagland “Hoagy” Carmichael was born in Indiana, in 1899.  If not the best-known composer of his era, he was one of the most successful – and an industry trailblazer.  He has been described as the most talented, inventive, sophisticated and jazz-oriented of all the great craftsmen of pop songs in the first half of the 20th century, his catchy, often jazz-infused, melodies and homely lyrics winning huge popular appeal.  He was also a successful actor, performer and broadcaster.

Songs featured include: “Lazy River”, “Heart and Soul”, “|Rockin’ Chair”, “Stardust”, “Skylark”, “The Nearness of You”, I Get Along Without You Very Well”, “Two Sleepy People”, “In the Cool, Cool, Cool of the Evening”, “Lazybones”, “Georgia On My Mind”

NB Pip also has available a one-hour introductory lecture featuring the first four of the above composers.

“Very, very well done! Brilliant concept, well executed. The music brought back many memories from the 50s. Julie and I had a very enjoyable evening, and many thanks again.”

“A hugely enjoyable and memorable evening. Many congratulations on such a wonderfully successful event. A pity that you can’t take it on a national tour! A very special evening. Thank you”

“What an incredible evening. Great videos! And your playing was superb.”

“Thank you for a wonderful evening. We enjoyed it so much.”

“I should just like to thank you for a really excellent evening last night.  Everything about it was first-class and you rightly received great acclaim.  My discipline is numbers not words but to say that it was ten out of ten does not come close to describing how much I enjoyed it.”

“Thank you, Pip.  The lecture was fantastic.  I have seldom had such an enjoyable evening of entertainment. It was delightful in every way. You had clearly put so much effort into the preparations to make everything perfect. Thank you very, very much.”

“Your lecture raised over £3,000 for the Appeal and your three evenings together have raised over £8,000! Thank you very much, Pip, for preparing the material, presenting it and recording the CDs of your wonderful playing. All thoroughly enjoyable.”