I suppose anyone who has written anything knows that the fewer words you have at your disposal the harder it gets.  I spent some years writing copy for advertisements and commercials and, believe me, that has a habit of concentrating the mind.  No chance to embellish, no opportunity to repeat or go back to emphasize a point – these are some of the harsh restrictions imposed when you cut the number of words down to the bone.  Distilling an argument – which is, after all, what an advertisement is – into two or three persuasive sentences can take far longer than writing a whole article or chapter for a book.

Later on, working with scriptwriters particularly, I learned that virtually everything is improved by honing and cutting.  Often, it is the writer’s reluctance to leave anything to the reader’s or viewer’s imagination that is to blame, at other times, just feeble, unnecessary stuff that may be beautifully written but doesn’t move the story along.  In fact, one of the hardest things for a writer to do is cut the good stuff; cutting the bad (once it is pointed out) is much easier.  But, either way, done sensitively, the outcome is inevitably enhanced.

So, it might be suggested that a short story is more difficult to write than a novel.  I don’t think that is true.  Writing a good novel is beyond the capability of even relatively skilled writers.  Its requirement for plot, structure, strong sustainable characters, good dialogue – not to mention the sheer arduousness of the task – makes it the hardest form of writing at which to excel.  But, I would suggest the short story comes a close second.

All the stories in this little book are based on a smattering of personal experience, dressed up, of course, with a liberal dose of make-believe. The characters are, however, entirely fictitious. They have turned out be gentle, quite fragile tales, sometimes a touch sentimental, but all with a twist in the tail.  I hope you find them engaging and entertaining. 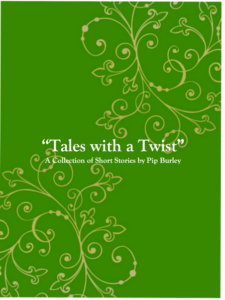